Following studies at Cairo University’s Faculty of Architectural Engineering, Ahmad Hamid began his professional career with Hassan Fathy, a pioneer architect in the international community. In 1984 he founded Ahmad Hamid Architects, a Cairo-based private interdisciplinary design office providing architectural services for residential and commercial projects, and public spaces, as well as product and furniture design. Furthering his own personal research into the indigenous art and architectural traditions of the Muslim World he then went on to pursue post-graduate studies in architectural history at the American University in Cairo, graduating with a Master’s Degree in Islamic Art and Architecture.

Hamid worked with Skidmore Owings and Merrill on the “World Trade Center Cairo,” and several international consultants designing “Sadat City,” and has also consulted in Germany, England, Switzerland, Malaysia, Syria and Saudi Arabia. He has dealt with urban and rural projects alike, focusing on the development of context-appropriate, economically-sustainable solutions. He has designed several lines of contemporary furniture, objects, textiles and accessories, and uses photography to document his sources of inspiration, periodically exhibiting his photographs, most recently, “Architectonics and Personae of a Cellular Memory,” (2004).

Ahmad Hamid’s 30 years of architectural practice have been driven by the inextricable relationship between art and architecture, as well as the conviction that the positive influence of art and design extends beyond function, encapsulating an entire mode de vie. He integrates the masculinity and confidence of modernity with a feminine subtle sensuality, born of Islam’s Arts, continually synthesizing the analytical with the beautiful and drawing upon tradition while absorbing contemporary ideas to produce designs that are quintessentially modern.

Hamid has maintained an active teaching career alongside his practice, and has lectured at many universities and institutes around the world on selected topics in art, industrial design, architecture, culture, and construction. He seeks to bring out the brilliance in each and every one of his students, educating them through the visual world instilling a critical appreciation of design as well as promoting intelligent, socially-responsible spaces and objects; his work has been featured in some sixty articles, television and radio programs in five languages. 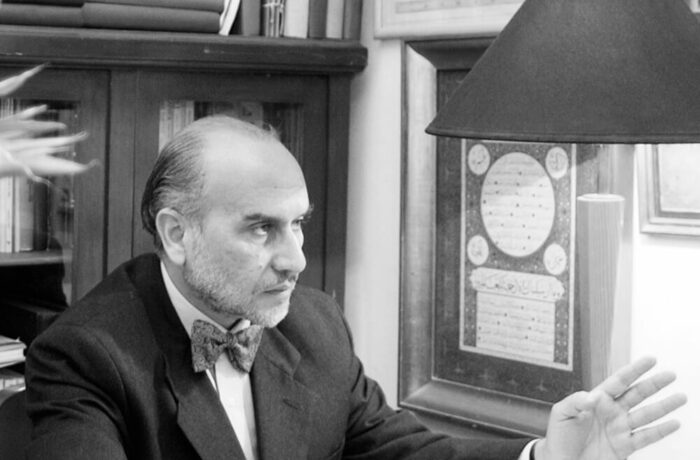