In 2001, Nicola Leonardi dall’Occa dell’Orso, engineer, along with his wife Carlotta Zucchini, founded THE PLAN, today one of the most authoritative architecture and design journals on the international scene. THE PLAN now has 8 issues a year and a worldwide circulation of more than 38.000 every issue. It is available in bookshops, newsstands and on subscription.

In 2003 THE PLAN EDITIONS was set up to gear the publication of special volumes and monographs on architecture and interior design. In 2008, he founded another annual periodical, THE PLAN – URBAN DEVELOPMENT: its first edition – UD01 – came out as a special issue of THE PLAN focusing at large ongoing international urban development schemes and the attendant real estate.

Again in 2008, THE PLAN EDITIONS signed an agreement with the publishing house Thames & Hudson for the publication and international distribution of a series of single-theme volumes on architecture. A separate agreement for distribution within Italy was made with Scriptamaneant, Italian publishing house specialising in art books. In 2009 launched the international architecture Forum PERSPECTIVE EUROPE, a privileged platform for new business and cultural relations. Perspective is an annual venue, which has become an important and unique forum for architecture, the industry, real estate and construction world.

In 2013 the forum PERSPECTIVE USA was started, the American version of the forum, held in New York City, to allow the Italian and European industry to get in contact with United States-based architectural practices. In 2014, after the certification of The Plan as training provider by CNA (Italian National Council of Architects), he set up a yearly series of ARCHITECTURE SEMINARS in 15 Italian cities, which has gained ground as high-quality programme for networking and cultural interchange.

In 2017 the forum PERSPECTIVE UK was set up as third yearly appointment, the English edition of the forum, held in London, to allow the Italian and European industry to get in contact with United Kingdom-based architectural practices.

In 2018 the projects THE ARCHITECTS SERIES started, a series of architecture films on seminal international architecture offices: a story telling on the backstage of the office, the creation of projects and their approach to architecture. The Series is developed around the Curatorship of the SpazioFMG for Architecture, in Milan, which The Plan has taken over starting 2018.

Nicola has lectured widely and been an invited speaker at many conferences and architecture faculties both in Italy and abroad. Advisor to Milan’s Triennale Foundation for its Italian Architecture Gold Medal award. He has been chosen by Thom Pritzker and Martha Thorne (Pritzker Prize executive director) in 2008 among the few experts to select the nominees for the Pritzker Architecture Prize Jury.

Today Nicola devotes himself with passion to the editorial activity of The Plan and The Plan Editions, respectively as Managing Editor and Publisher. He also focuses on the growing of the forums Perspective, as well as of the Architecture Seminar series, at international scale too. 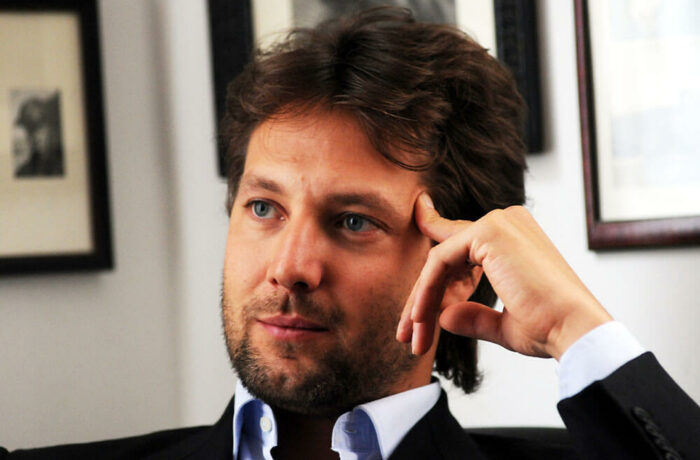